In this post, I would demonstrate when and how to use redis databases to store your redis keys?

2.1 What is redis databases?

Out of the box, every Redis instance supports 16 databases. The database index is the number you see at the end of a Redis URL: redis://localhost:6379/0 . The default database is 0 but you can change that to any number from 0-15 (and you can configure Redis to support more databases, look in redis 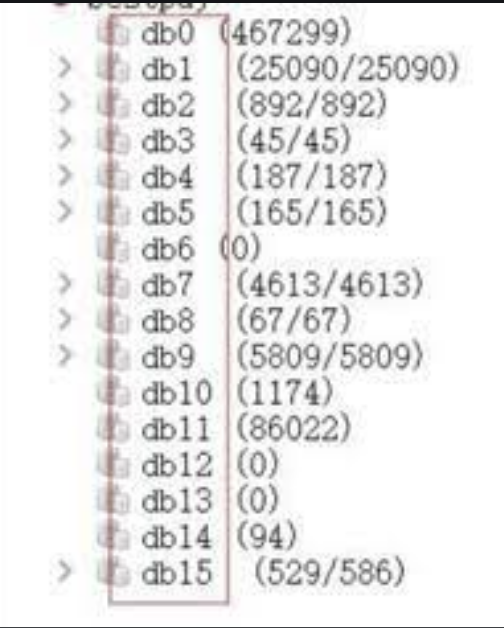 Whether it is a string key, a hash key, or a list key, it will be stored in a container called a database. Because Redis is a key-value pair database server, its database is the same as the hash key introduced before, and the key-value pairs in the database can be indexed according to the name of the key. For example, by using the commands provided by Redis, we can remove the specified key from the database, or move the specified key from one database to another, and so on.

●Specify the database they want to use.

● Sort according to the value of a given key.

● Check the given one or more keys to see if they exist in the database.

● View the type of a given key.

●Rename the given key.

●Remove the specified key, or move it from one database to another.

●Clear all the keys contained in the database.

● Exchange the given two databases.

2.2 Do we need to store keys among different redis databases?

I collected some quotes about why there exists multiple redis databases :

Conclusion: Multiple databases may be discouraged, and unsupported in the redis-cluster, but they are not deprecated.

In this post, I demonstrated how to understand redis databases, I don’t think it’s necessary for all of us . That’s it, thanks for your reading.