In this post, I would demonstrate what’s the difference among lvs(keepalived) , nginx and haproxy load balancing.

2.1 Difference between LVS and HAproxy

The most important thing that differentiates the two solutions (LVS, HAproxy) is that one is working at layer 4 (LVS) and the other at layer 7 (HAproxy). Note that the layers references are from OSI networking model. 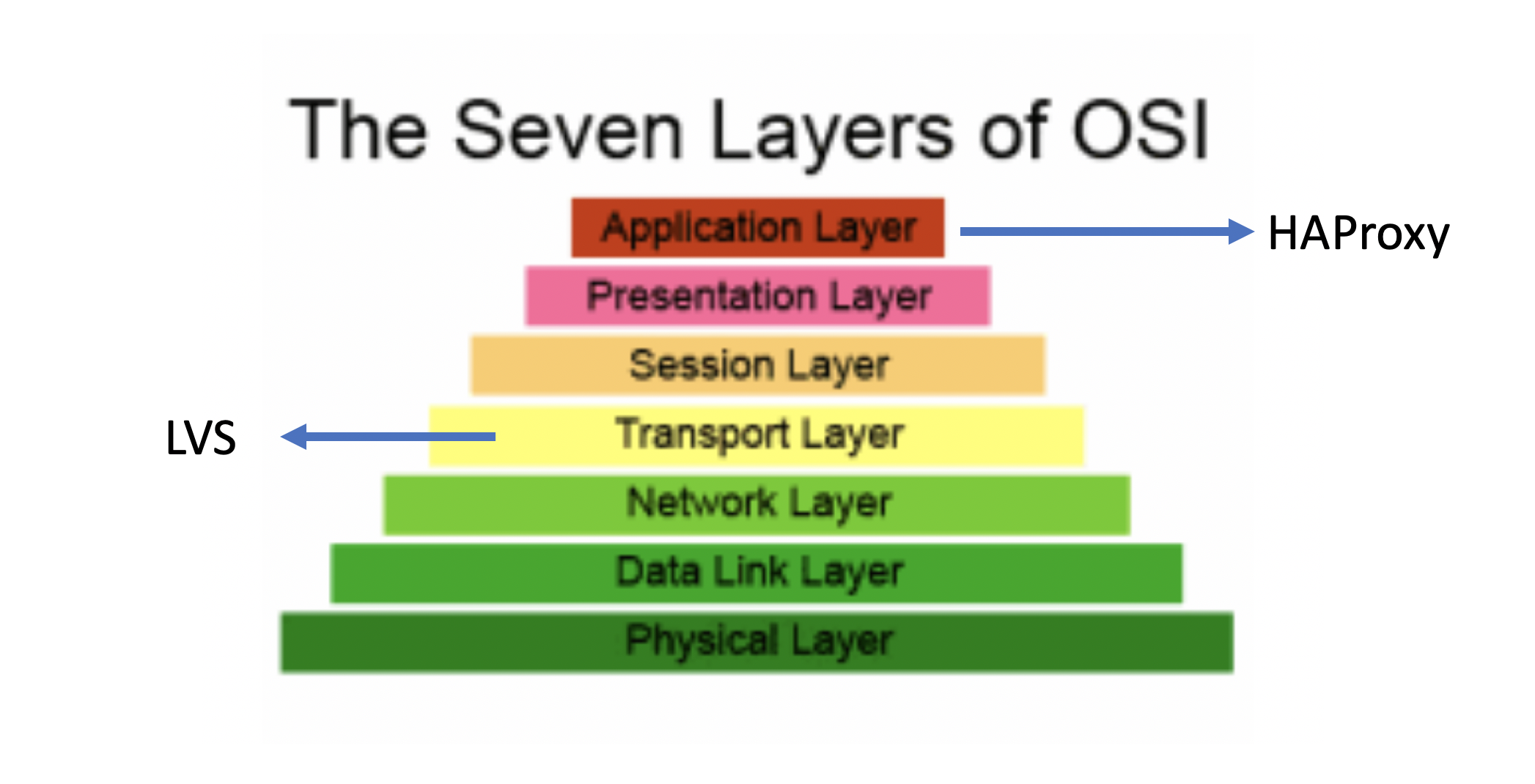 If you understand this, you’ll be able to use one in the right place. For example : if you need to balance based solely on number of connections (let’s say), the layer 4 load balancer should suffice; on the other hand, if you want to load-balancer based on HTTP response time, you’ll need a higher layer kind of LB. 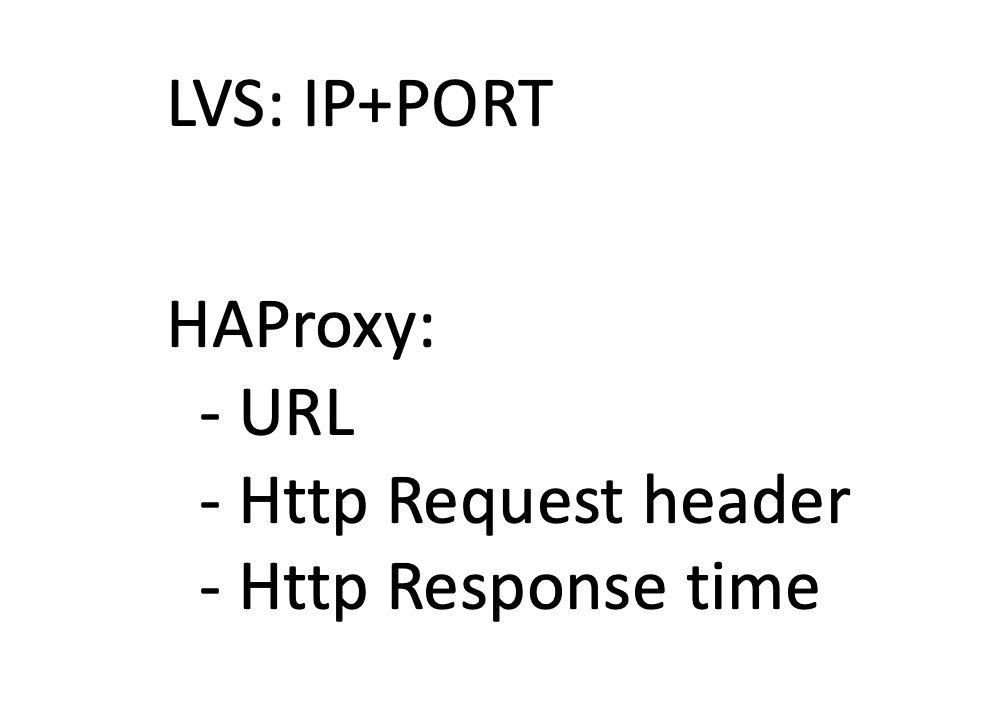 The last point I want to make is that HAproxy is userspace (think “far more easy to customize/tweak”, but slower (performance)), while LVS is in kernel space (think “fast as hell”, but rigid as the kernel). Also, don’t forget about “upgrading LVS might mean kernel change - ergo, reboot”…

In conclusion, use the right tool for the right job.

A Linux Virtual Server (LVS) is a cluster of servers which appears to be one server to an outside client. This apparent single server is called here a “virtual server”. … The ipvs code running on the director is the essential feature of LVS.

Keepalived implements a set of health checkers to dynamically and adaptively maintain and manage load balanced server pools according to their health. High availability is achieved by the Virtual Redundancy Routing Protocol (VRRP). VRRP is a fundamental brick for router failover. In addition, keepalived implements a set of hooks to the VRRP finite state machine providing low-level and high-speed protocol interactions. Each Keepalived framework can be used independently or together to provide resilient infrastructures. 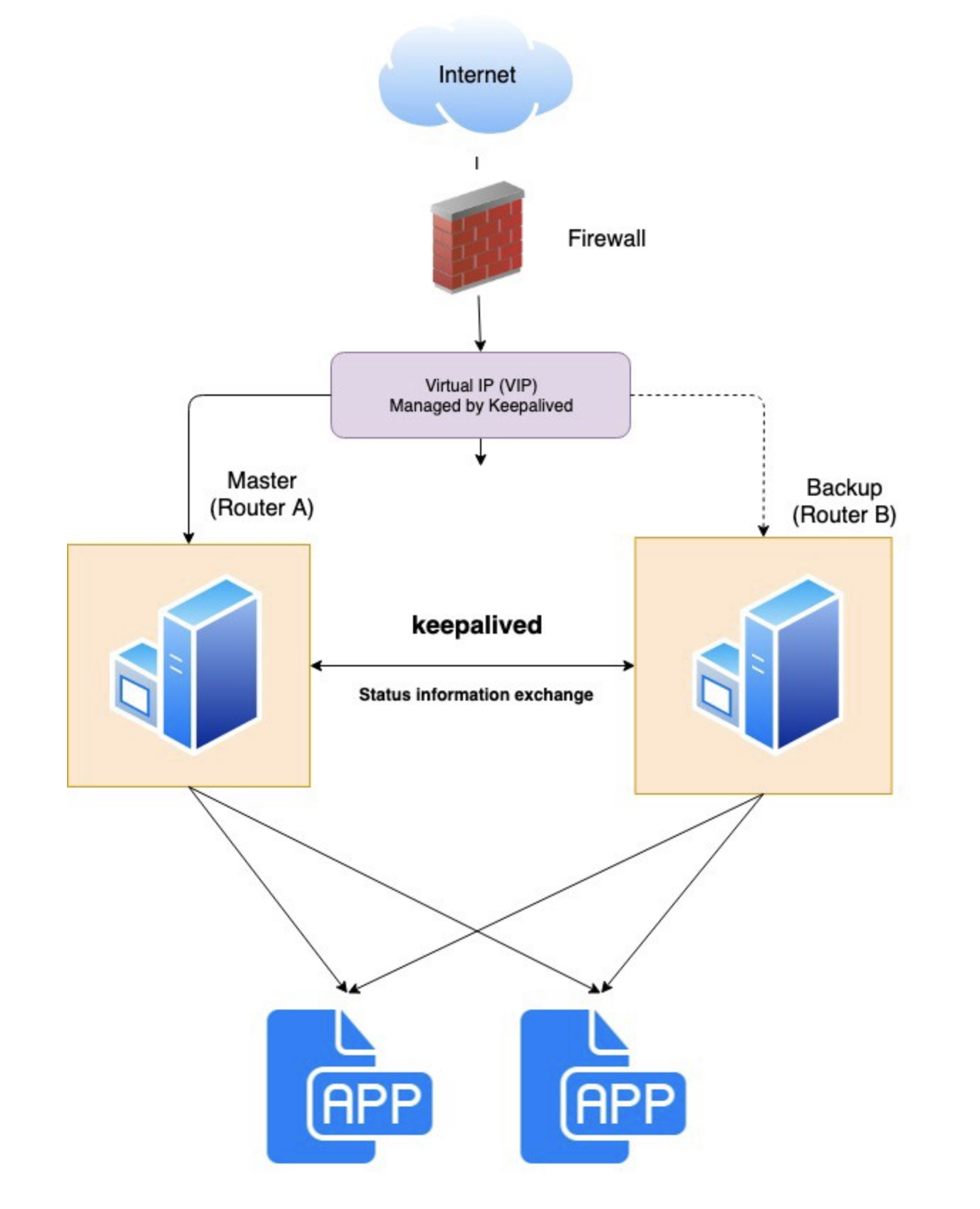 In this context, load balancer may also be referred to as a director or an LVS router.

Typically, keepalived is used with haproxy as follows: 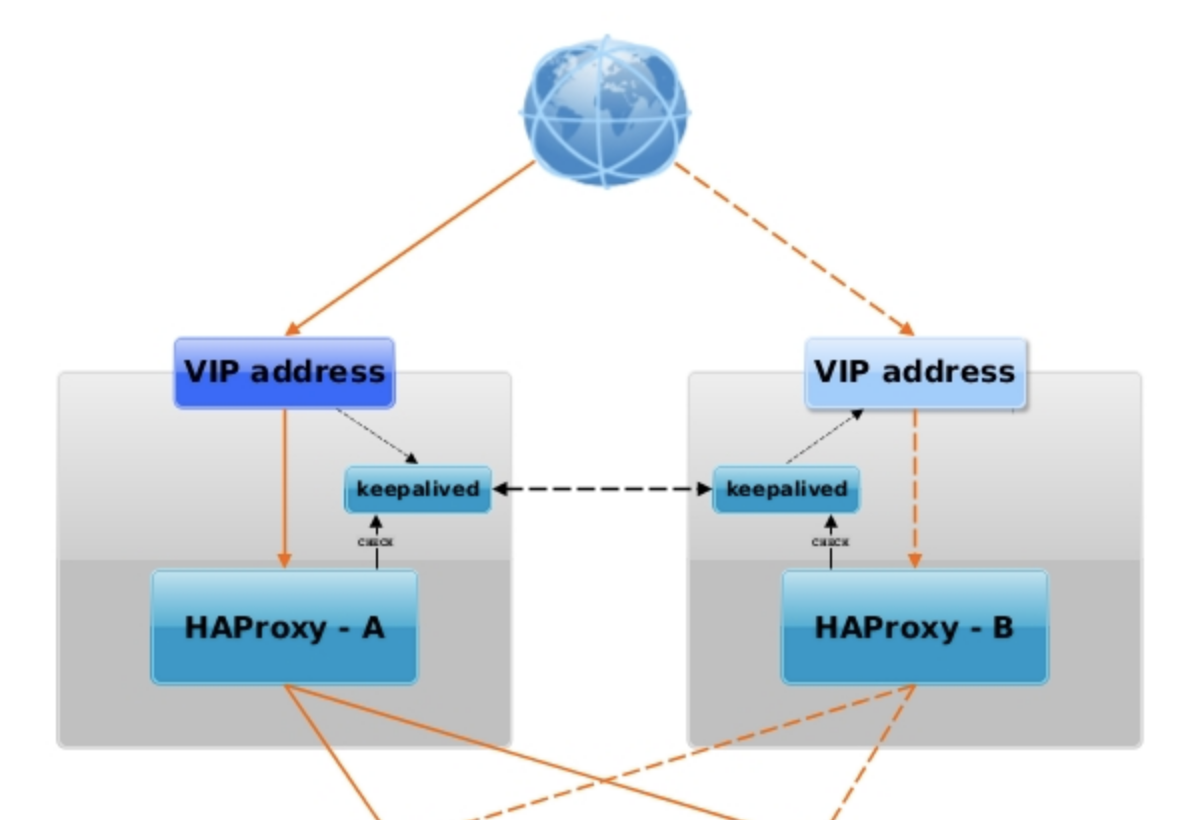 Difference: Because LVS is based on Layer 4 forwarding, it can only do port forwarding LVS can’t do URL-based, directory-based forwarding.

In this post, I demonstrated how to understand the different load balancing methods like keepalived/nginx/haproxy. That’s it, thanks for your reading.