In this post, I would demonstrate how to install kong api gateway and konga using docker.

An API gateway acts as a proxy for your application’s microservices, exposing the public-facing API endpoints, routing incoming client requests to the relevant services, transforming them as required and aggregating the response data before sending the response to the client. 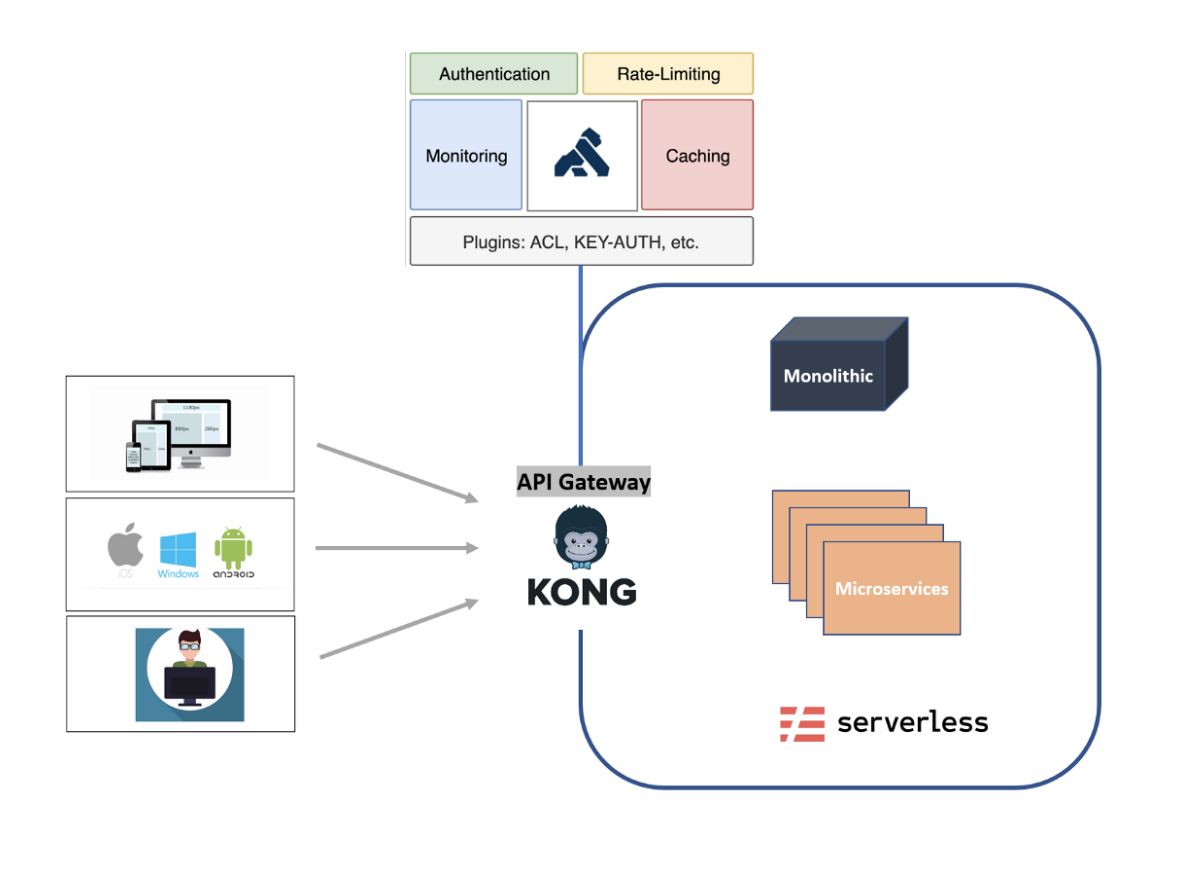 Kong provides a flexible abstraction layer that securely manages communication between clients and microservices via API. … Kong can help by acting as a gateway (or a sidecar) for microservices requests while providing load balancing, logging, authentication, rate-limiting, transformations, and more through plugins.

2.2.1 Create a docker volume to store data for the kong database 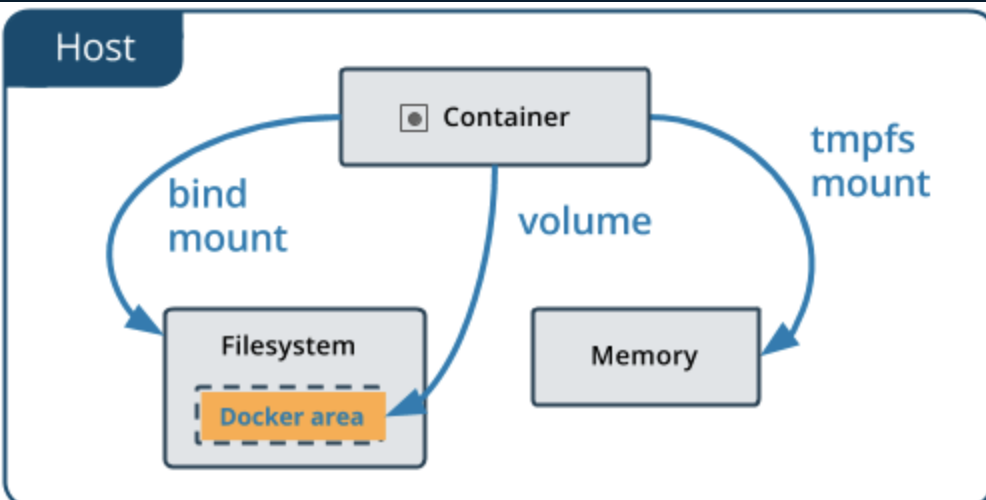 Docker volumes are important because when a Docker container is destroyed, it’s entire file system is destroyed too. So if we want to keep this data, it is necessary that we use Docker volumes.

Docker networking allows you to attach a container to as many networks as you like. You can also attach an already running container. Go ahead and attach your running web app to the my_bridge.

In order to use the name instead of IP address(which is dynamic) to communicate with each other(kong and its postgres database), we must attach both containers to the same docker network. 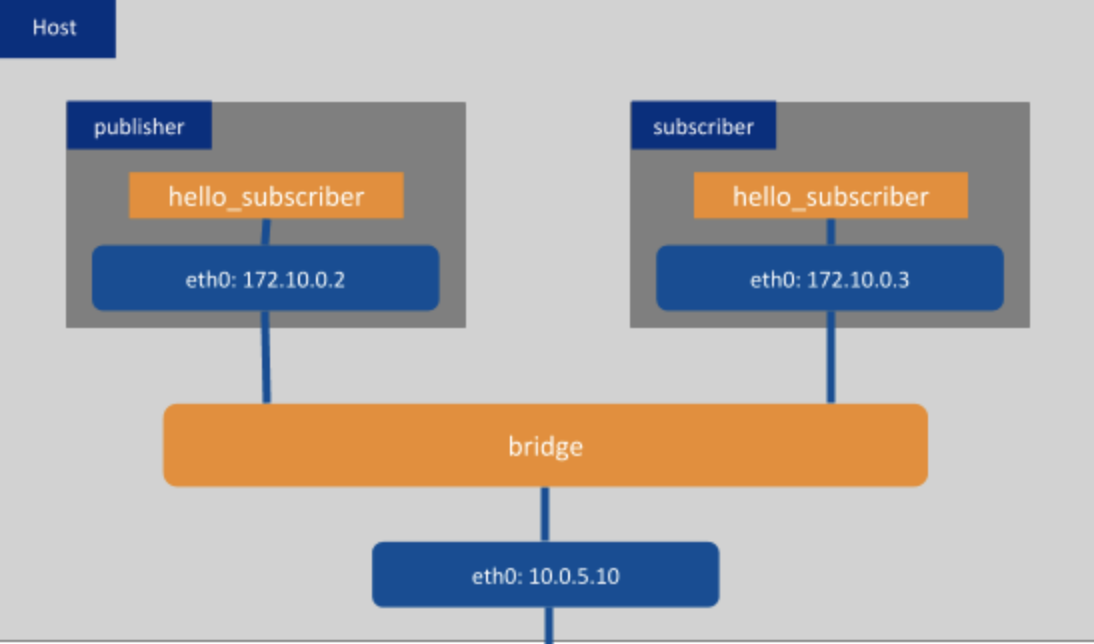 Docker networking enables a user to link a Docker container to as many networks as he/she requires. Docker Networks are used to provide complete isolation for Docker containers. Note: A user can add containers to more than one network.

2.2.3 Run the postgres database and initialize the database

You can see that we are attaching the postgresql database to the docker network kong-net.

Now we should initialize the database(create schema and tables):

We got this result:

Konga is a fully-featured open-source, multi-user GUI, that makes the hard task of managing multiple Kong installations easy way. It can be integrated with MySQL, postgresSQL, MongoDB databases out of the box, and provides the GUI for better understanding and maintain architecture

1) we need to create a volume for konga too.

Notice the --network option to specify the same network as kong. 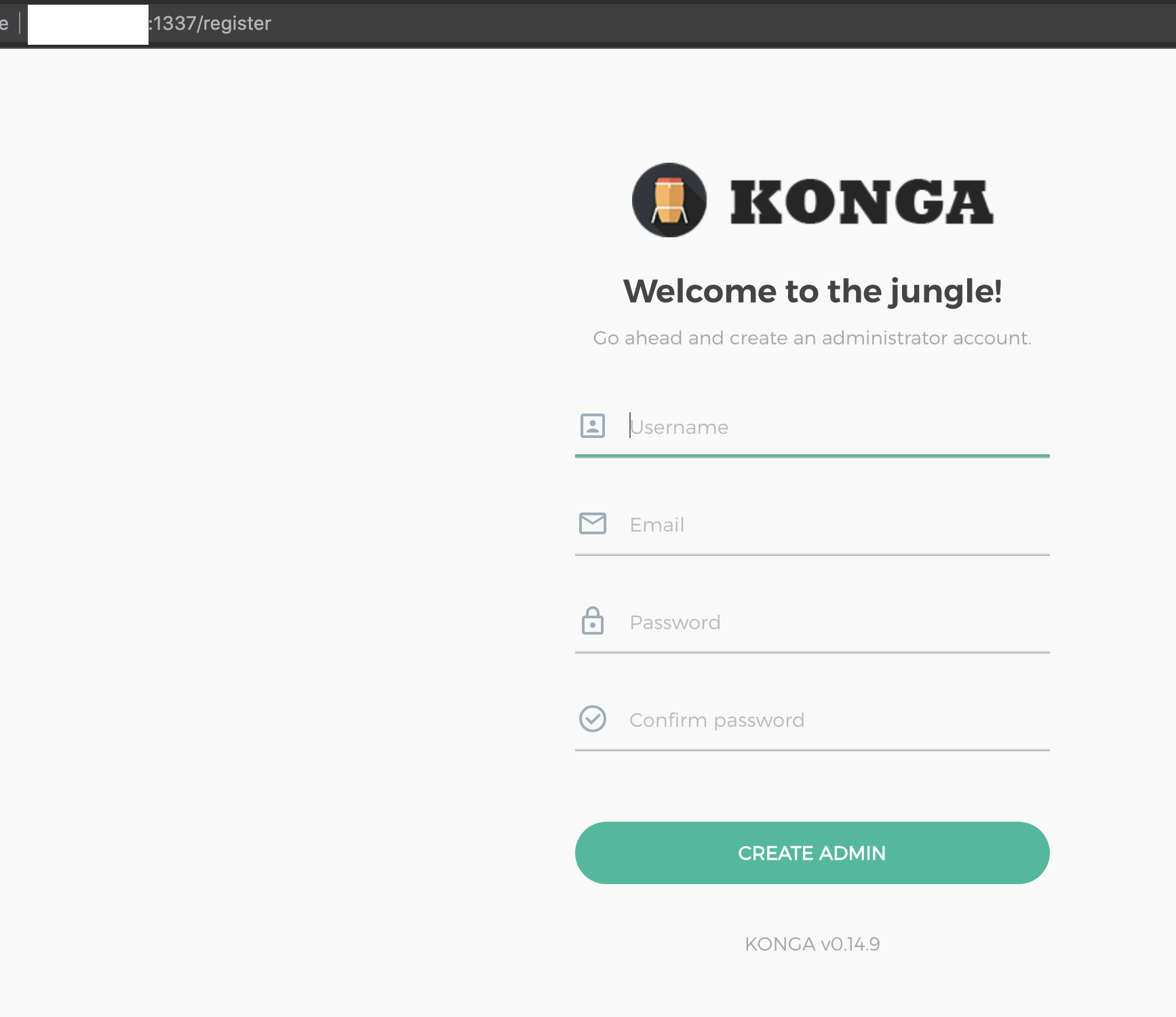 In this post, I demonstrated how to install kong api gateway and konga using docker, you can see that it’s very simple and quick to install them using container technology. That’s it, thanks for your reading.