In this post , I would demo how to understand the CAP theorem by illustrating it with some diagrams and examples. After reading this post, you would grasp these knowledges:

2. The definition of CAP theorem

CAP theorem, also known as Brewer’s theorem, is a conjecture proposed by Eric Brewer, a computer scientist at the University of California, Berkeley, at the ACM PODC in 2000. In 2002, Seth Gilbert and Nancy Lynch of the MIT published a proof of Brewer’s conjecture, making it a recognized theorem in the field of distributed computing.

For architects who design distributed systems, CAP is a theory that must be mastered.

According to wikipedia, the definition of CAP theorem is as follows:

Consistency Every read receives the most recent write or an error. Availability Every request receives a (non-error) response, without the guarantee that it contains the most recent write. Partition tolerance The system continues to operate despite an arbitrary number of messages being dropped (or delayed) by the network between nodes.

The CAP theorem indicates that when a network partition failure happens, it must be decided whether to

Thus, if there is a network partition, one has to choose between consistency and availability.

Robert Greiner’s self introduction from his blog :

I’m a technology executive and enterprise architect with 14+ years of diversified IT leadership, strategy, cloud transformation, delivery, and consulting experience. I also speak regularly on leadership topics and recently started a podcast.

I started my career as a software engineer my senior year of college where I got an internship at L-3 Communications and stayed there for the next five years. Afterwards, I took a software engineering position Autonomy, a UK based company which HP later purchased and finally moved to Southwest Airlines as a contractor working on southwest.com before ending up at my current position at Pariveda Solutions.

In his opinion, the CAP is defined as follows:

Because network is not reliable in real world, so we MUST tolerate the ‘Network Partition’, then we only have two options, Consistency or Availability, e.g. CP or AP.

3. Understand the CAP theorem with diagrams and examples

According to Robert Greiner’s article, the CAP theorem targets the system that:

Suppose we have a distributed system as follows to serve requests from users. There are two components：

The system is working fine now: 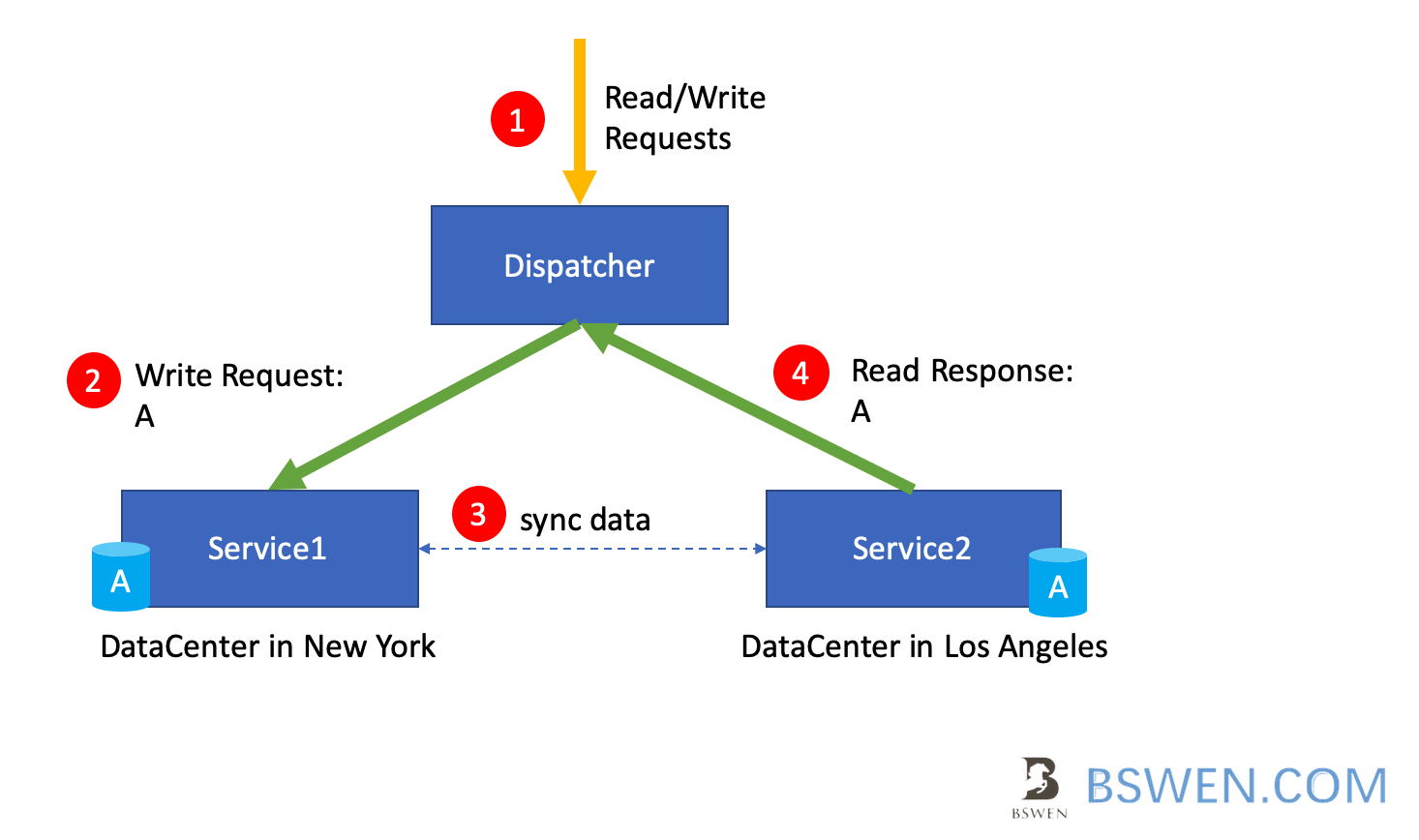 3.1 Understand the ‘Consistency’ in CAP theorem

In database domain, there is also a ‘Consistency’ in ACID theorem:

Consistency ensures that a transaction can only bring the database from one valid state to another, maintaining database invariants: any data written to the database must be valid according to all defined rules, including constraints, cascades, triggers, and any combination thereof. This prevents database corruption by an illegal transaction, but does not guarantee that a transaction is correct. Referential integrity guarantees the primary key – foreign key relationship. [6]

However, Consistency in CAP is defined as follows:

Consistency in CAP means A read is guaranteed to return the most recent write for a given client.

It means if the data is written successfully(finish the write transaction) in the system, clients should get the correct data from the system after the transaction. 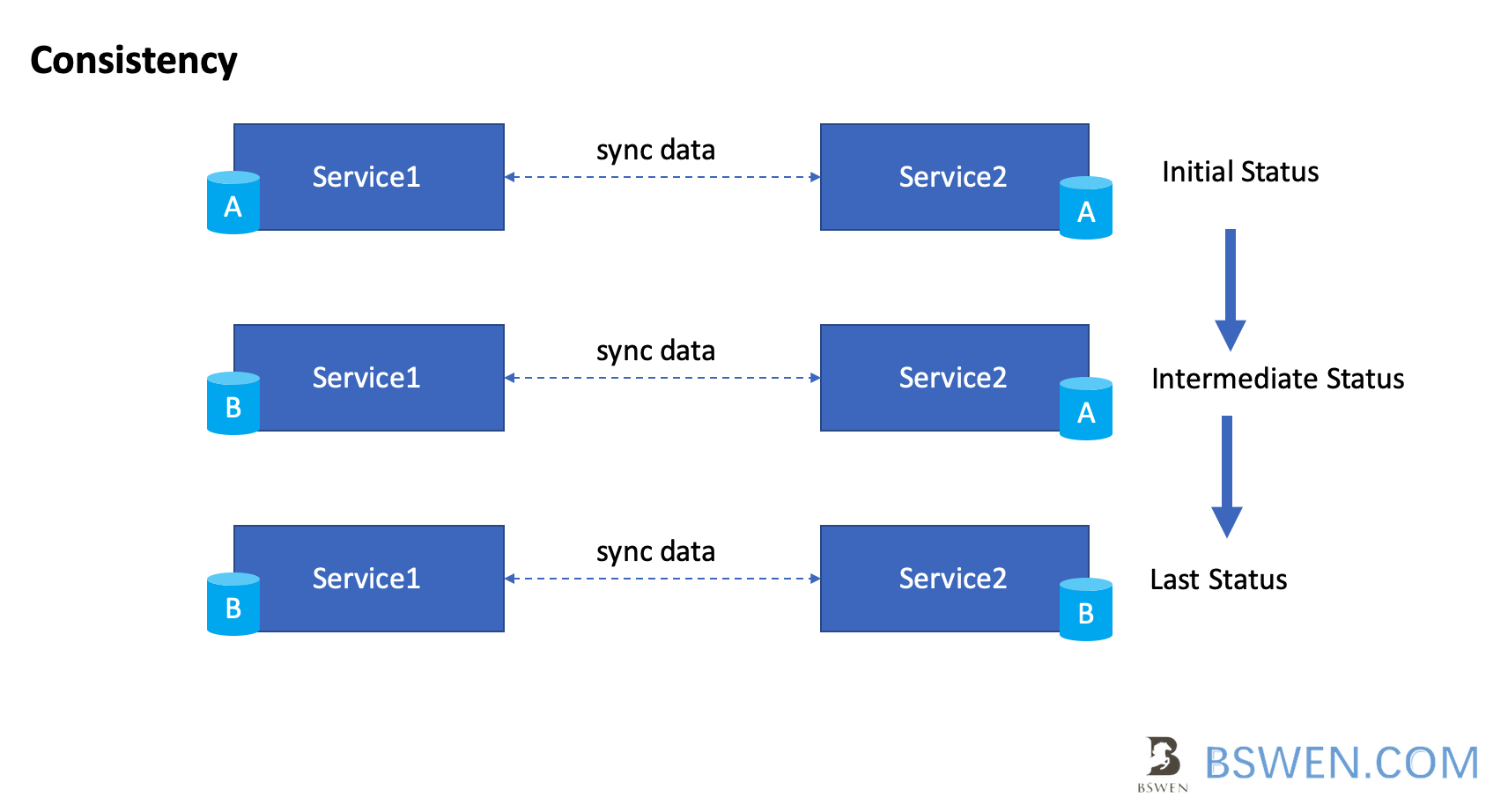 Just as the above picture shown, distributed nodes with shared data can achieve consistency by these steps:

More information about the intermediate status:

If a distributed system guarantees the ‘Consistency’, it would :

3.2 Understand the ‘Availability’ in CAP theorem

The Availability in CAP means :

It has NOTHING to do with “High Availability”.

The definition of ‘Availability’ in CAP emphasizes on: 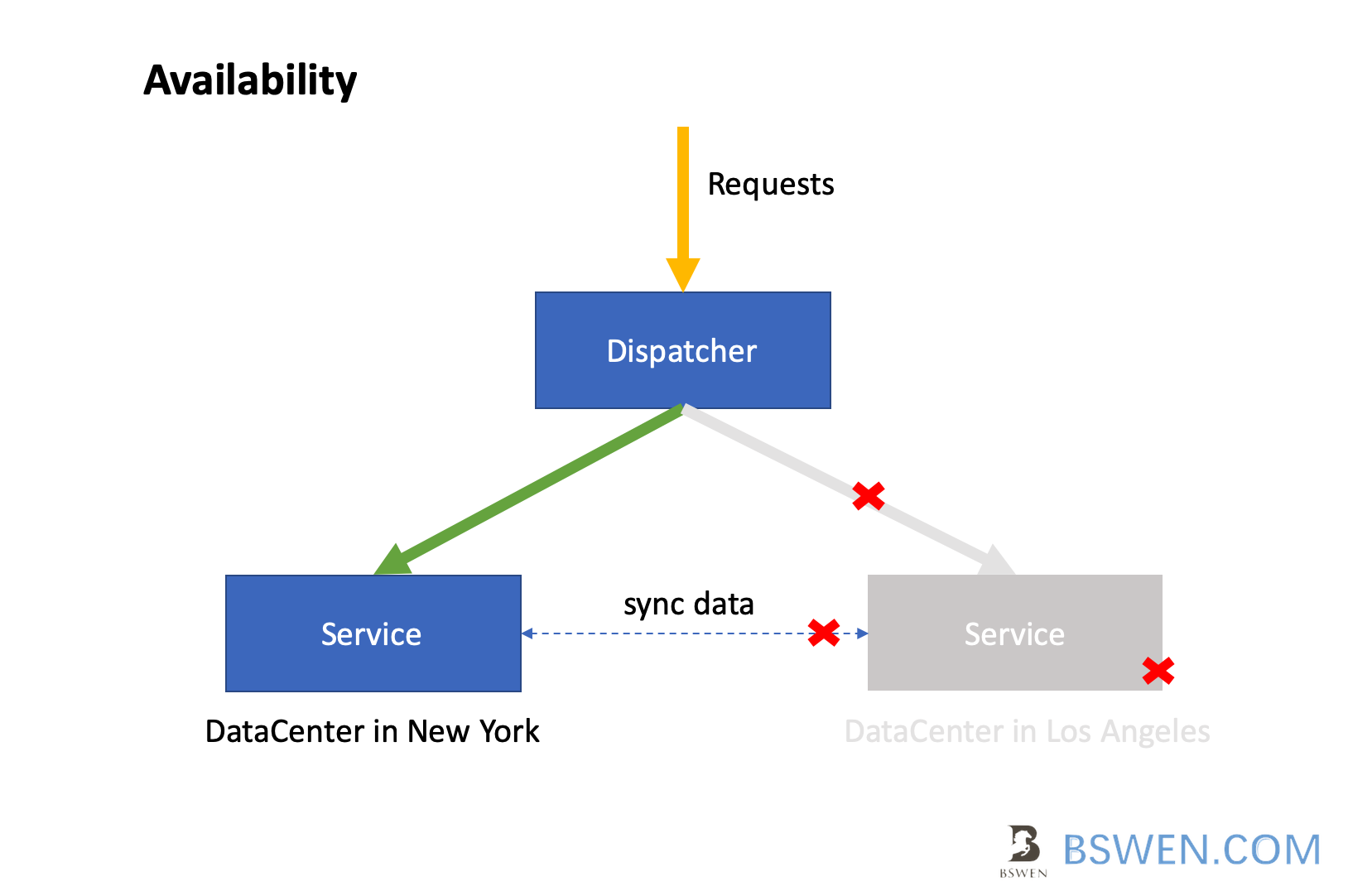 Just as the above diagram shown, the availability is as follows:

The types of network partition includes: 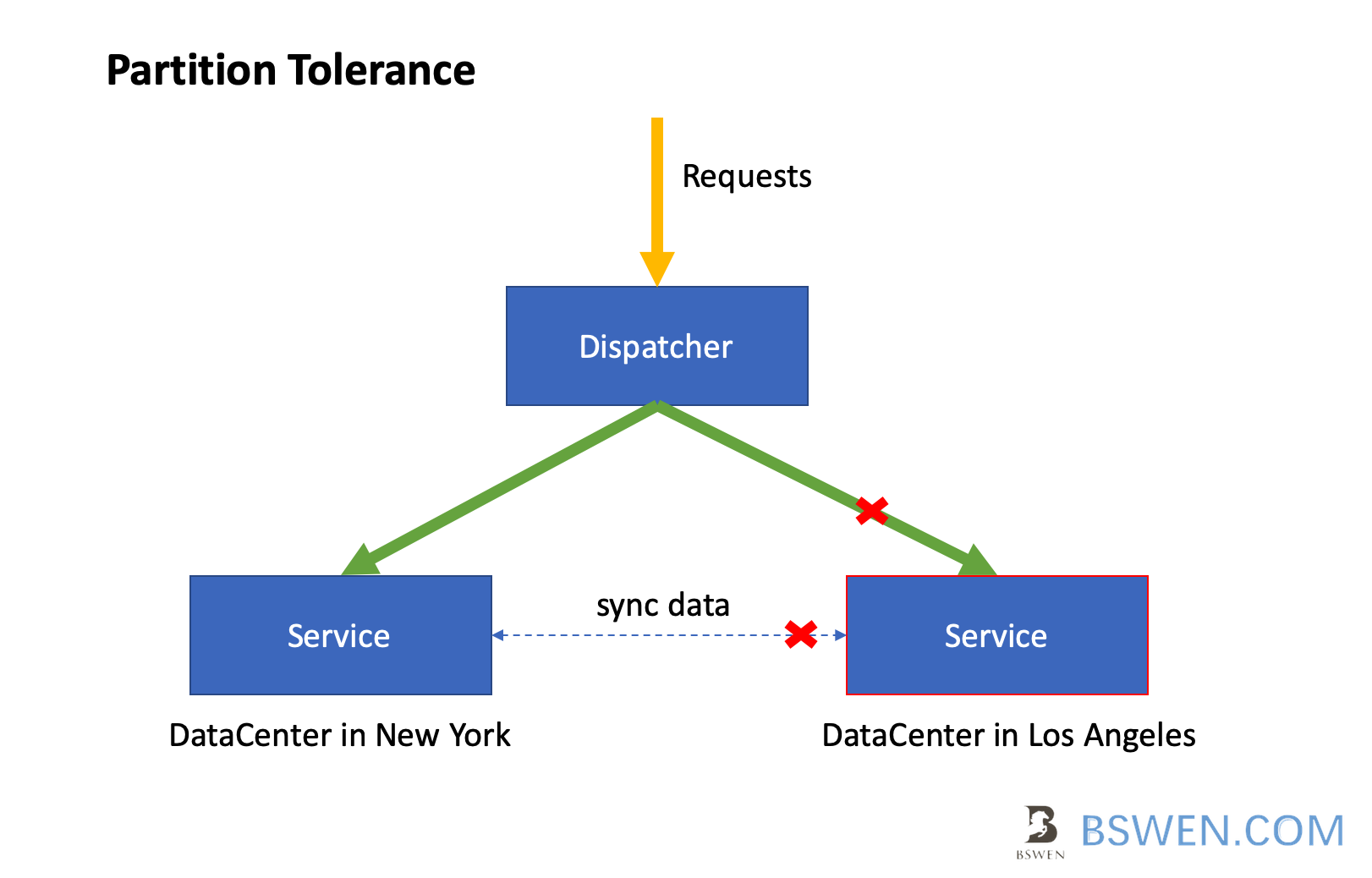 Just as the above picture shown, System should keep functioning even if there is a network partition problem(The red square) in the datacenter in Los Angeles.

You can find out that if the system is ‘Partition Tolerance’, it should keep running if any of the services encounters a network partition problem.

3.4 Understand the combination of C/A/P

There are three different combinations in C/A/P distributed systems.

There is no ‘CAP’ , which means the system is Consistency and Availability and Partition Tolerance , because:

when a network partition problem happens(It always happen), it must be decided whether to

So, there is no ‘CAP’ all-enabled system. If it exists, it should be a sinle-monolith system, which is not in the domain of CAP theorem target.

When a system is considered as ‘CP’, it should guarantee the ‘Consistency’ and ‘Partition Tolerance’, which means:

Just as the above diagram shows, the CP system has following features:

When a system is considered as ‘AP’, it should guarantee the ‘Availability’ and ‘Partition Tolerance’, which means:

Just as the above diagram shows, the AP system has following features:

According to the above description, the distributed systems that sacrifice the ‘Partition Tolerance ‘ should not exist in real word, because:

You can refer to this article to get a more sophisticated point.

In this post, I tried to understand the CAP theorum by some diagrams and examples, hope it helps for you to master the theorem .