In this post, I would demo how to use Systemd to run a python program as a linux system service, the python program is just a web server, which is built by flask framework.

3. The code of the python program

This python program is based on flask-restful framework, The code just start a hello world restful service and bind the port to 8080.

When I run the above python code as follows:

I got this result:

Systemd is a Linux system tool used to start the daemon and has become a standard configuration for most distributions.

4.1 The history of systemd in short

Before systemd, the linux system use the init command to start services, just as this:

This method has two disadvantages: 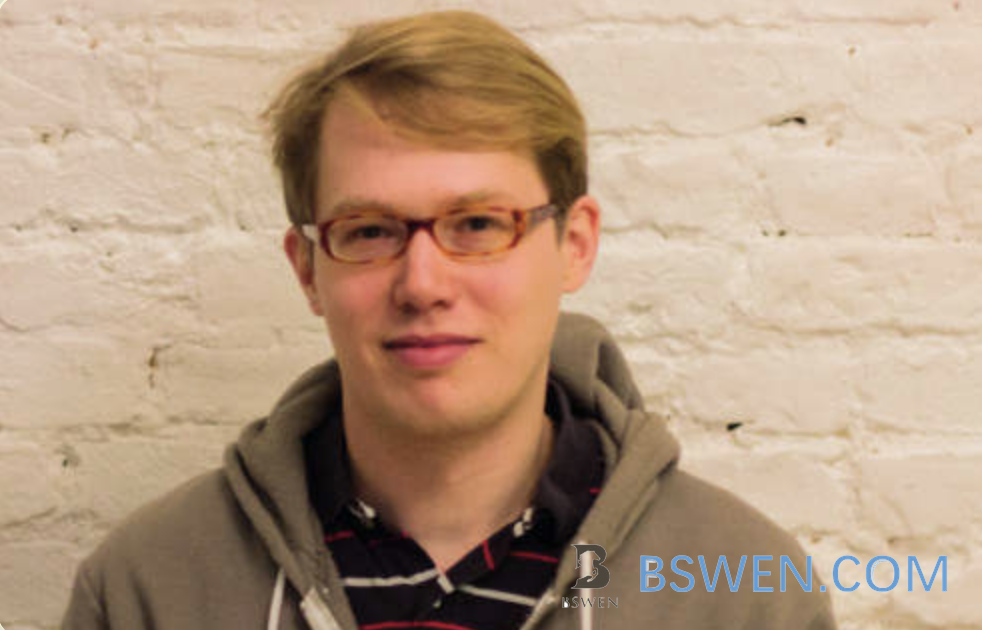 Above picture show the author of systemd Lennart Poettering.

Systemd was born to solve these problems. Its design goal is to provide a complete solution for system startup and management.

According to Linux conventions, the letter d is short for daemon. The meaning of the name Systemd is that it guards the entire system.

If you use Systemd, you don’t need to use init anymore. Systemd replaces initd and becomes the first process of the system (PID equals 1), and all other processes are its children.

You can use the below command to check your systemd’s version:

The advantage of Systemd is that it is powerful and easy to use, but the disadvantage is that the system is huge and very complicated. In fact, many people still oppose the use of Systemd because it is too complicated and strongly coupled with other parts of the operating system, which violates the “keep simple, keep stupid” Unix philosophy.

The architecture of systemd: 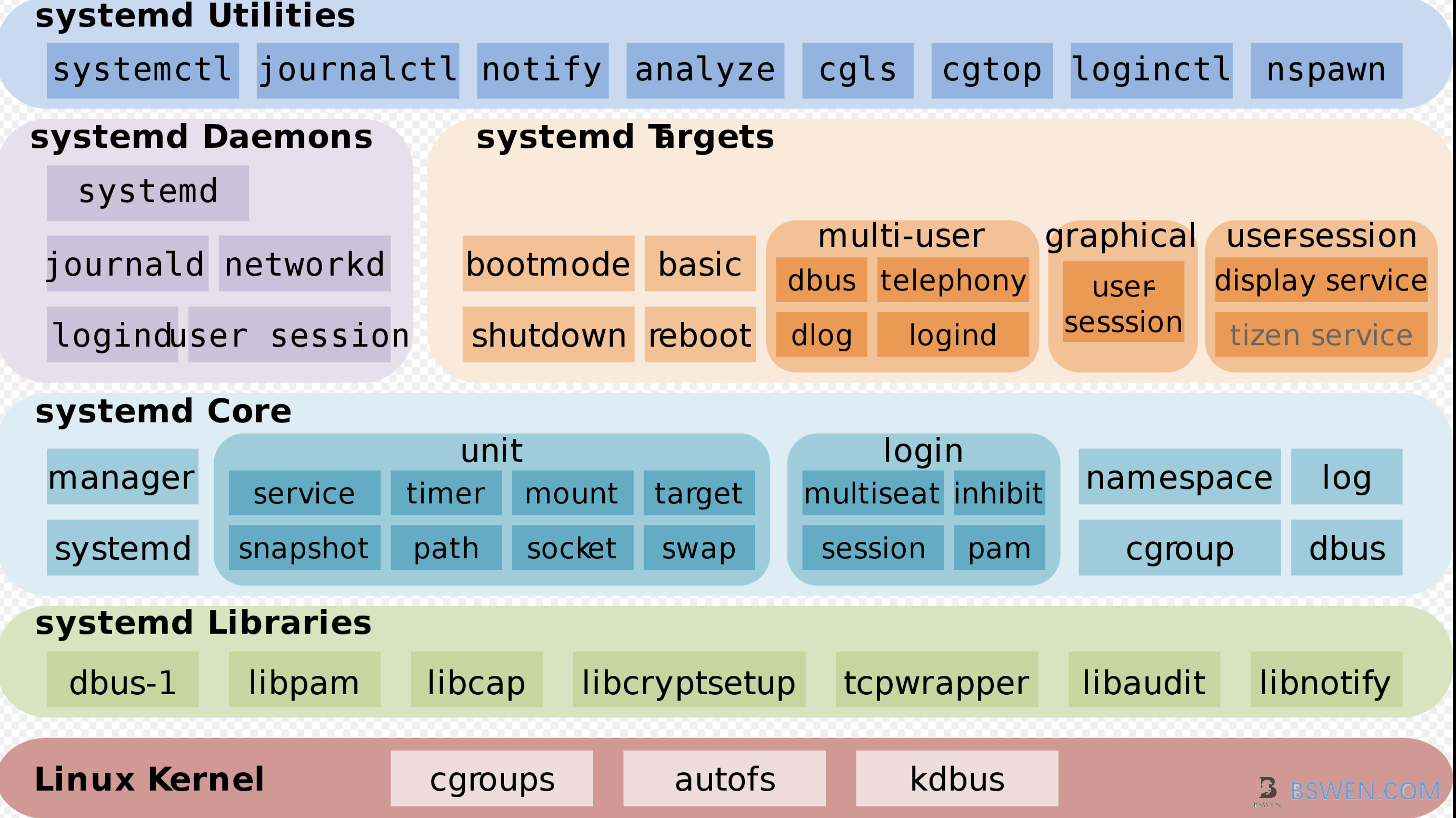 You can use systemd to manage system resources, these resources are called ‘unit’ in systemd.

Here are the list of commands that do the job of service unit management:

Each Unit has a configuration file that tells Systemd how to start the Unit.

The systemctl enable command is used to establish a symbolic link relationship between the above two directories.

You can use the below command to list all your service’s configurations:

You can check the service’s status by :

If you change your service configurations, you can reload and restart the service as follows:

4.5 The format of Systemd’s configuration file

Here is a template of systemd’s configuration file:

Details of the configurations:

The [Unit] block is usually the first block of the configuration file, which is used to define the metadata of the unit and the relationship between the configuration and other units. Its main fields are as follows

This block is used to configure the Service. Only Service type Units have this block. Its main fields are as follows:

You can get full documentation about the fields here.

[Install] is usually the last block of the configuration file, which is used to define how to start and whether to start when system boots. Its main fields are as follows.

When starting the computer, a large number of Units need to be started. If every time you start, you have to specify which Units you need for this start, which is obviously very inconvenient. Systemd’s solution is Target.

Simply put, Target is a Unit group that contains many related Units. When a Target is started, Systemd will start all Units in it. In this sense, the concept of Target is similar to a “state point”. Starting a Target is like starting to a certain state.

The corresponding relationship between Target and traditional RunLevel is as follows:

4.6 How to check a system service’s logs?

Now we know how to define a systemd service , but when the service starts, how to find the logs of it?

You can use the below commands to debug the logs of the service:

5. Configure our app as systemd service

I have introduced the key points of Systemd , and we have a working app that can run in console, Now we can start to configure our app as the systemd service.

We can define the service as follows (Suppose our working directory is /root/app-flask-restful ):

Explanation of the above configuration file:

5.2 Tell Systemd we want to create a service

First, we should copy the above file to the specifc location that systemd would load files:

Now we should reload the services:

Now starts the service as follows:

You can see that the service is running!

6. If you encounter problems when starting systemd services

For example, if you start the service with such errors:

Debug the error as follows:

If you encounter the above error, you should check your ‘[service]’ block , where you define how to start your service. For example ,you should add the following fields to it:

If you encounter this error:

You should make sure that this program can run at console， please run as follows:

In this post, I introduced the Systemd’s basic configuration, commands and debug methods , I created a python web server and make it run as a system service by creating a Systemd service. Actually you can use this method to run any application that can run in background. Thanks for your reading.