This post would demo how to do the thread communication by using volatile. If you want to know the wait-notify communication, you can refer to the previous article.

As we know, the object we defined in class level would be allocated in the java heap memory, and every thread has its own memory, which is located at the stack, usually in the CPU buffer memories.

When we access the heap variable from thread, it really copies the value of the object and access it from local. As the following picture shows: 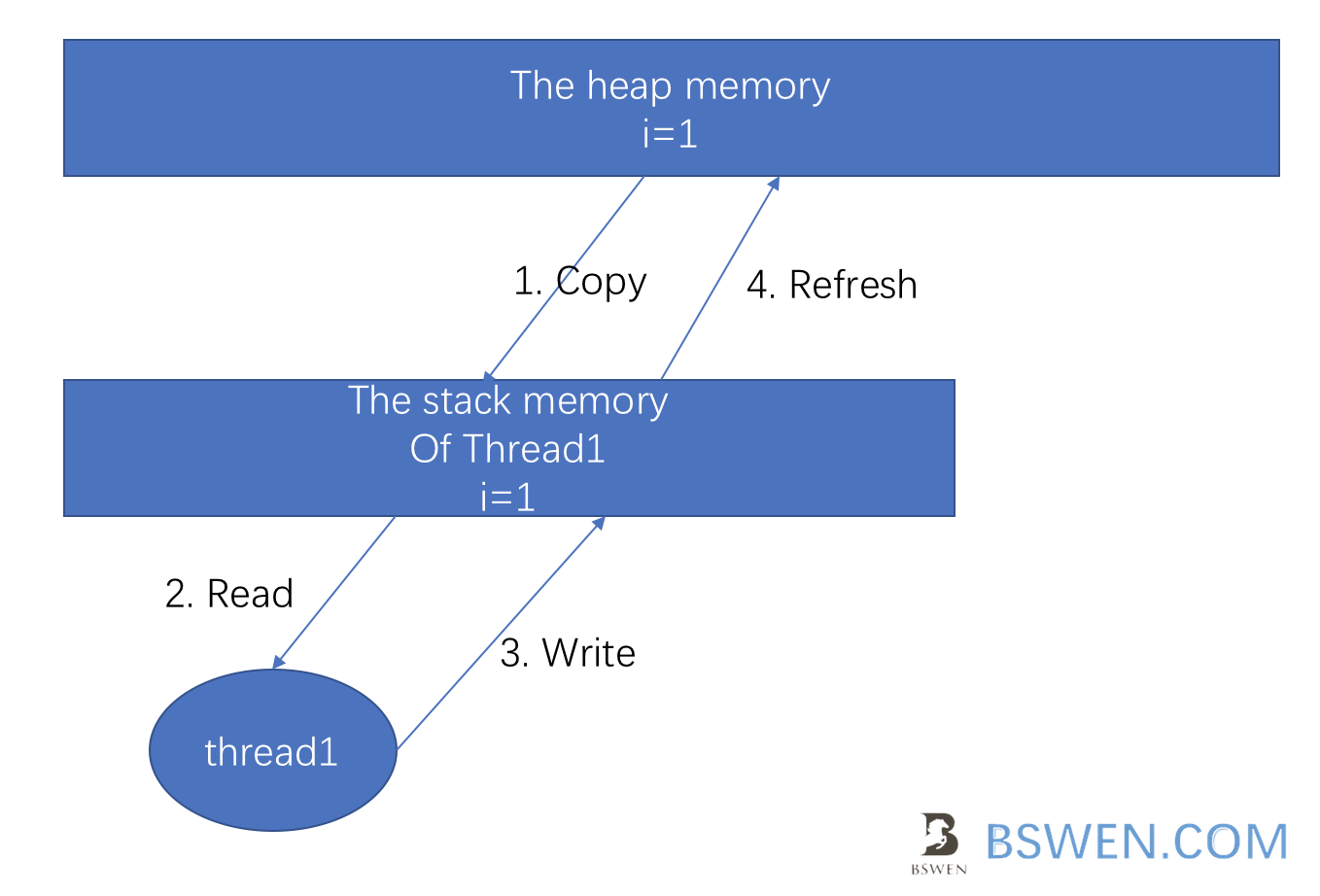 2.3 What happens without volatile in multithreading environment?

Here I write an example without volatile, you can see that Not using volatile would cause Unsynchronized problems in multithreading environment.

The above code explanations:

Run the above code sometimes, we would find the output like this:

We found that,the workers stopped Unsynchronizedly. That is :

But if we change the flag to volatile like this:

Then all the workers thread should see the flag and react to the change without hesitation.

We run the code for 20 times,the result is in line with expectations.

2.4 The volatile is not synchronized!

Here we supply an example about the problem:

Our expectation is the count should equals to 30000.

But we get this:

The reason I think is:

So if we want the synchronization of the threads, we need lock.

Run the code several times, we got the same result:

Volatile keyword only make variable visible to all threads, and we can NOT do synchronization by it. If you need to read/write same variable by multithreads simultaneously, use lock to do this job.

You can find the whole code examples on github project, the class source code is located at this

You can find detail documents about the java stream here: