This post would demo how to ensure the thread execution order by using Thread.join or the CountDownLatch.

Via the Thread.join method

According to JAVA API document, Thread.join let the current thread to wait for the thread for some time, just as follows:

Waits at most millis milliseconds for this thread to die. A timeout of 0 means to wait forever. This implementation uses a loop of this.wait calls conditioned on this.isAlive. As a thread terminates the this.notifyAll method is invoked. It is recommended that applications not use wait, notify, or notifyAll on Thread instances.

And there is a simple join method:

Waits for this thread to die.An invocation of this method behaves in exactly the same way as the invocation: join(0)

We would create three threads and let them execute in this order: 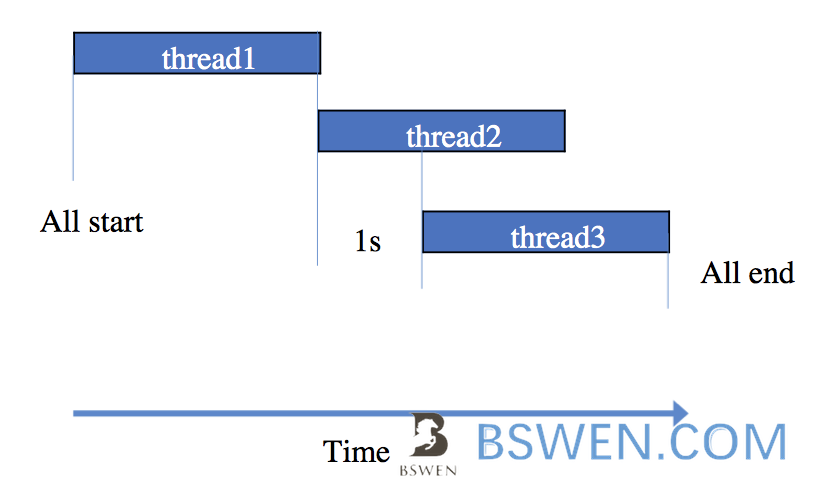 Here we create a custom thread class with name and sleeping features as follows:

As you can see, the thread just sleep for 3 seconds and then end.

use the thread.join to control the order of thread execution

Pay attention to thread3.join, if you remove this line of code, the main thread would not wait all threads done.

run the code and we got this console output:

The order is just the same as expected.

Now we would have one producer thread and one consumer thread, the consumer must wait for the producer complete its job. 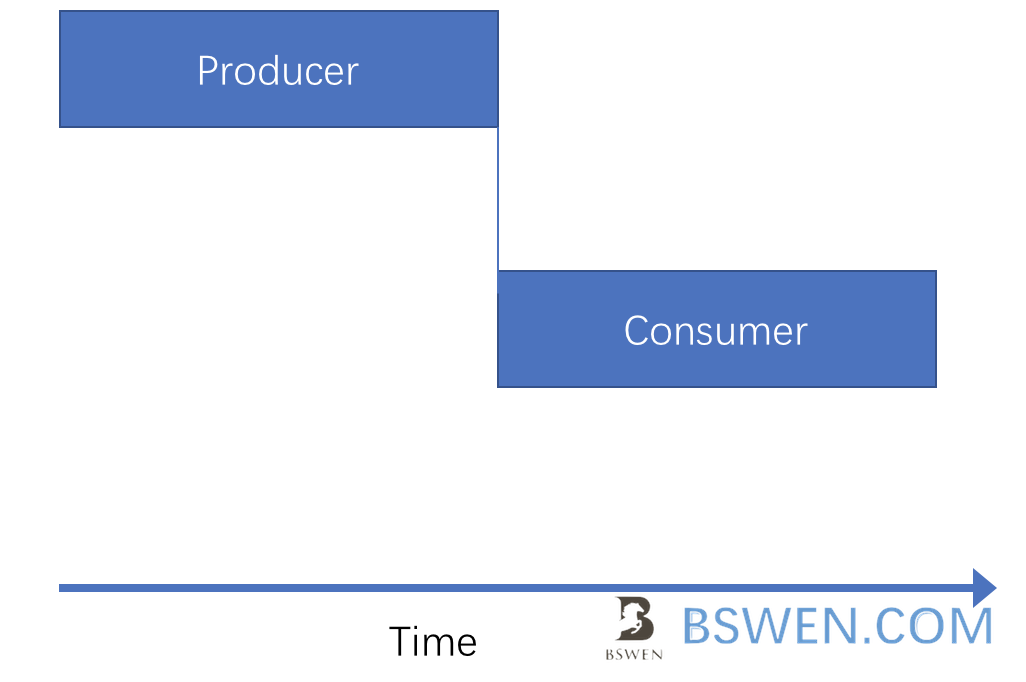 According to the api, CountDownLatch is

A synchronization aid that allows one or more threads to wait until a set of operations being performed in other threads completes.

For the initiation of the CountDownLatch:

A CountDownLatch is initialized with a given count. The await methods block until the current count reaches zero due to invocations of the countDown() method, after which all waiting threads are released and any subsequent invocations of await return immediately. This is a one-shot phenomenon – the count cannot be reset. If you need a version that resets the count, consider using a CyclicBarrier.

countDown() Decrements the count of the latch, releasing all waiting threads if the count reaches zero.

await() Causes the current thread to wait until the latch has counted down to zero, unless the thread is interrupted.

We define a CountDownLatch with only one lock , because there is only one producer thread to wait.

Note the latch.countDown() , this method would decrease the latch ,and notify the waiter.

We create a consumer thread ,and the key point is as follows:

The consumer and producer threads execution in order

We should notice that:

Let’s run the code ,and we got this output:

the key points are as follows:

It’s so easy, do you think so?

You can find detail documents about the springboot and unit testing here: